So that we don't forget!
These photos were posted on http://www.insidersitaly.com 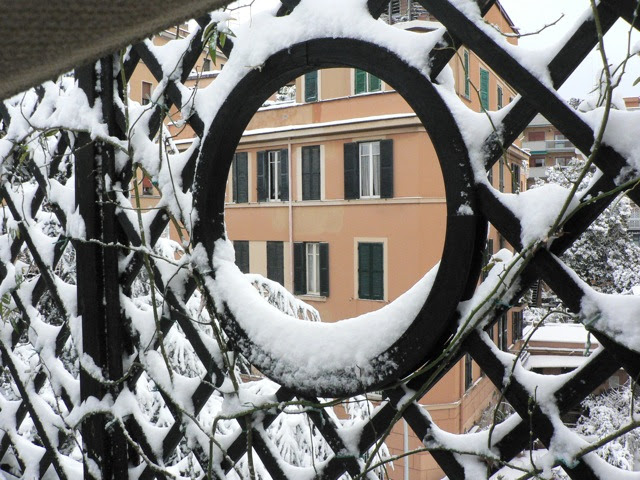 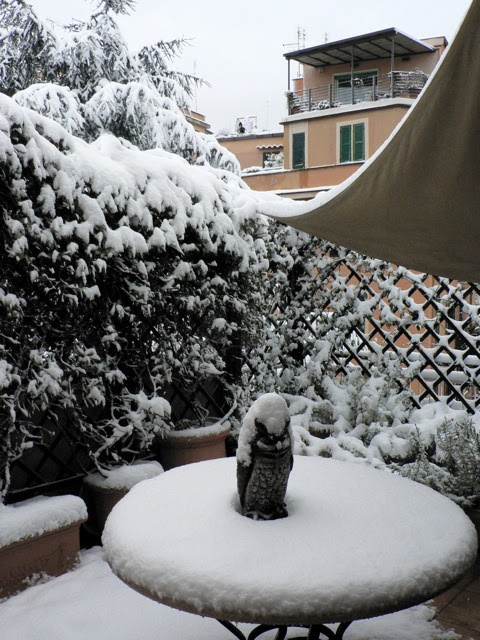 The mayor announced that Rome was in a state of “catastrophe” and that we should all take shovels and start to clear snow.  We do not own a shovel.  Those neighbors who for one reason or other felt the need to use cars today were attempting to clear paths for themselves with mops, brooms, children’s sand shovels and windscreen scrapers.
We did have an appetite, however, picqued by the close-to-freezing weather.  Thus, after a hot chocolate at our beloved Dolci Desideri 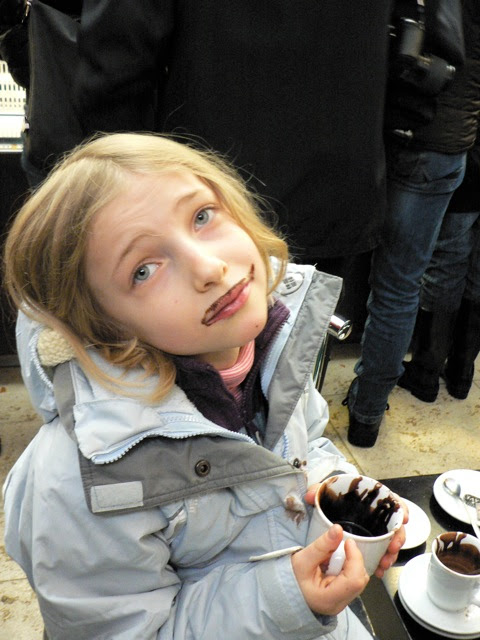 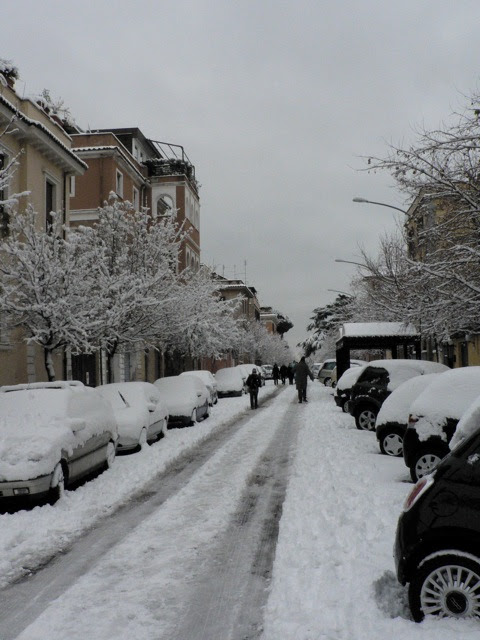 Monteverdevecchio Verde street
through a city without a visible snow plow, and where our friend Dario, owner of our favorite restaurant, emerged with a tablecloth-apron round his waist, to announce that he did not remember seeing snow like this since the 1960s. 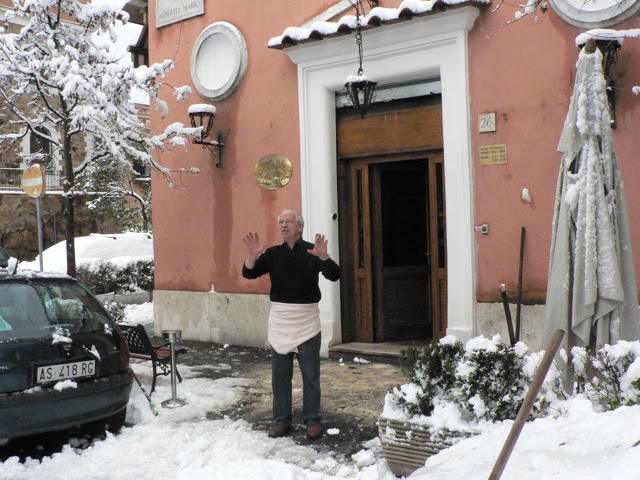 Dario remembers the snowstorm of 1965 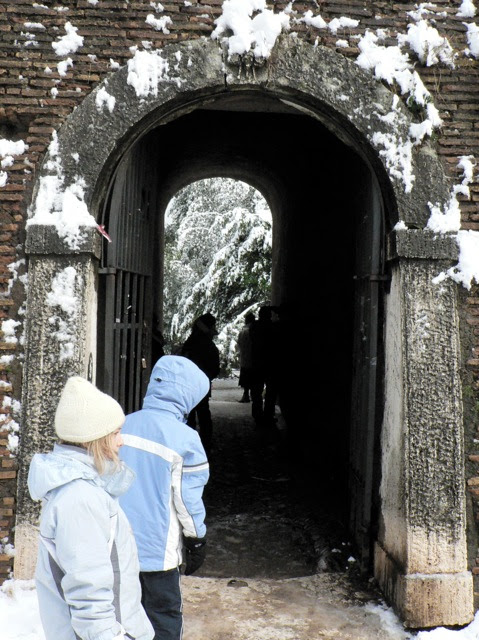 Through the gateway of Villa Sciara 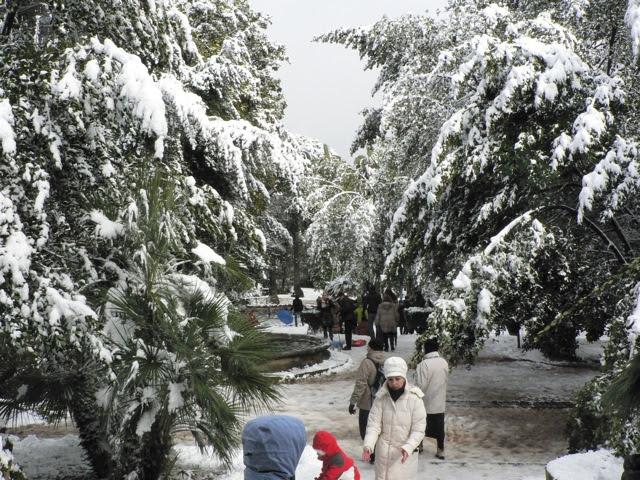 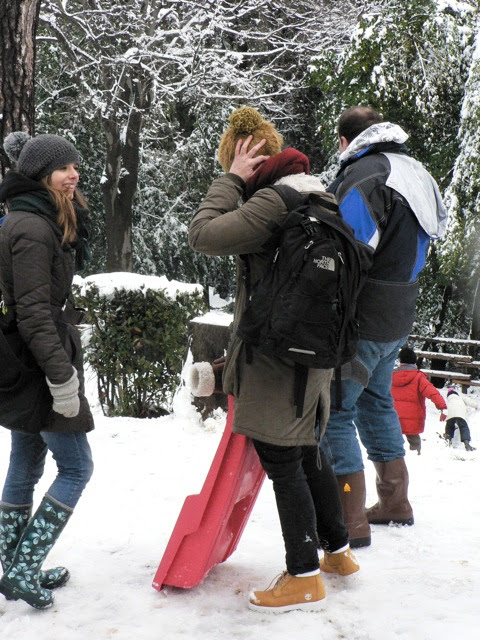 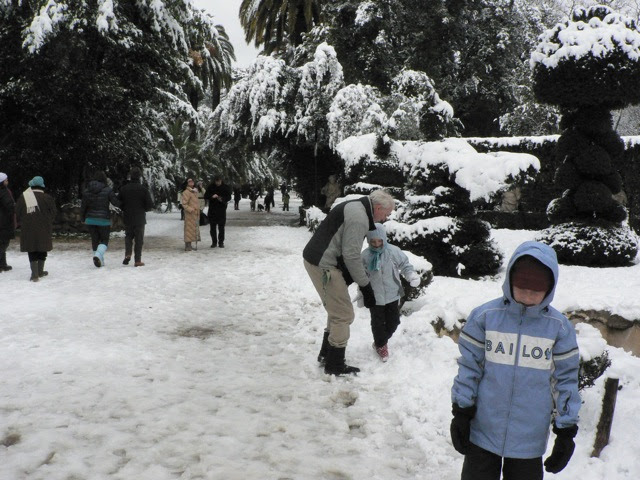 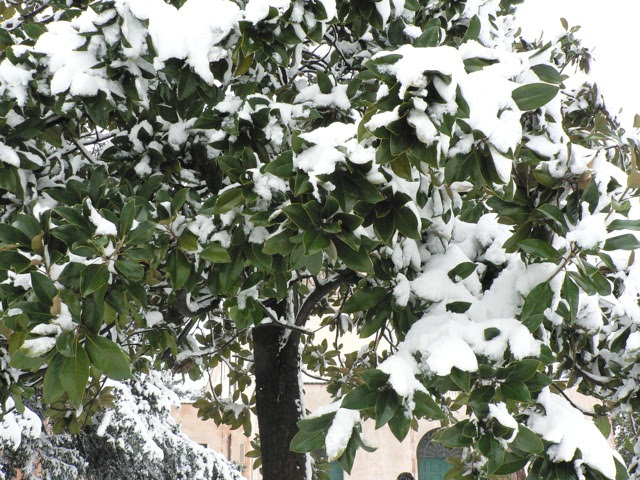 Magnolia in the snow 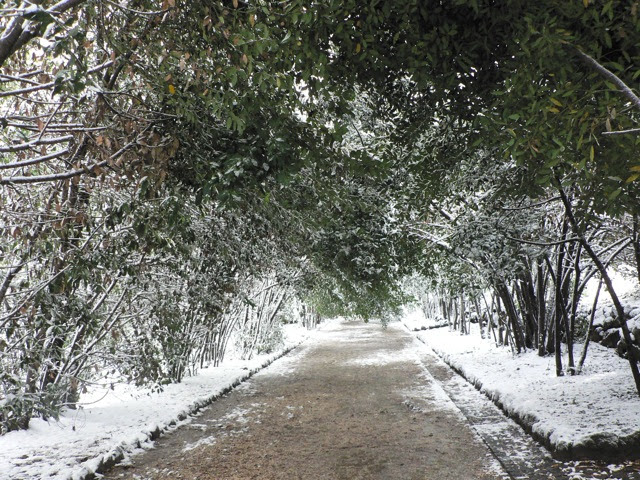 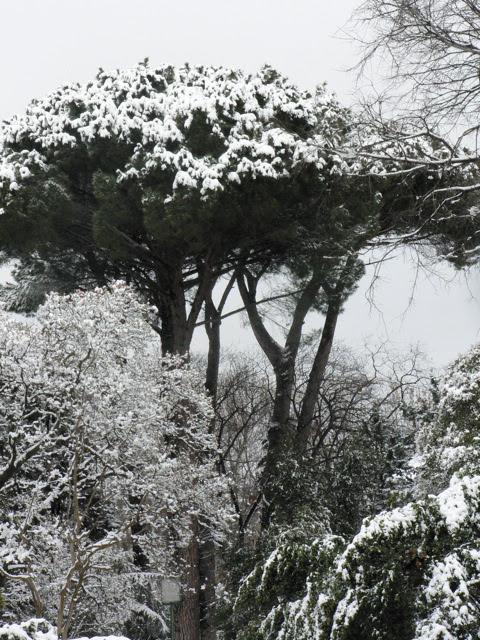 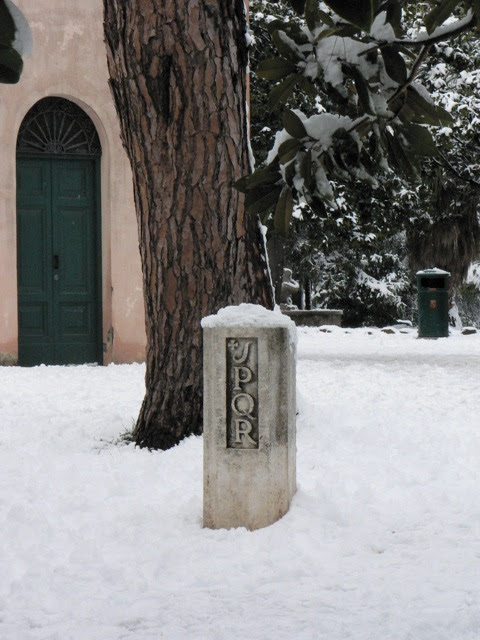 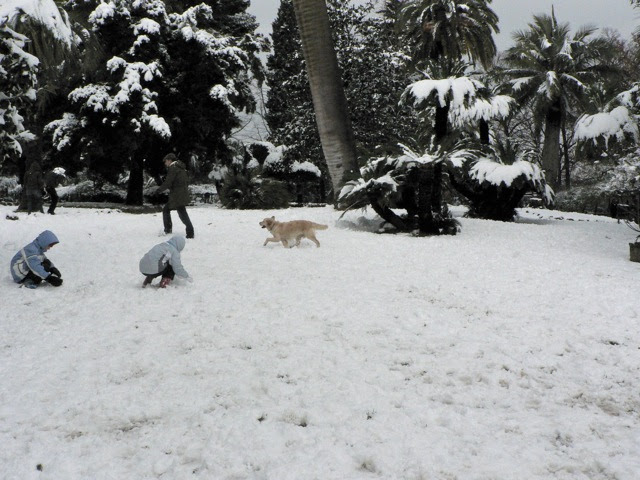 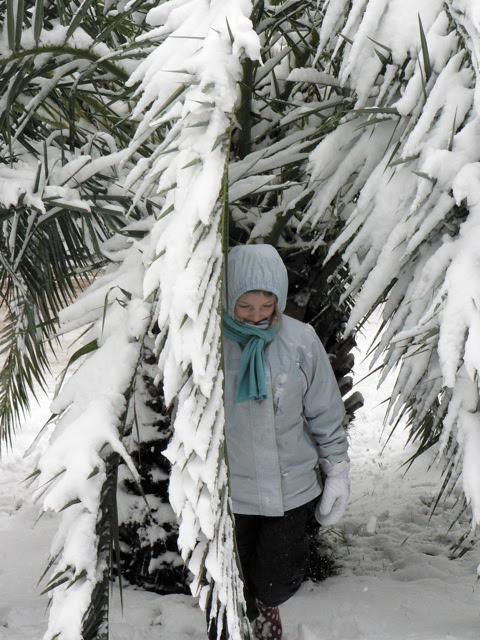 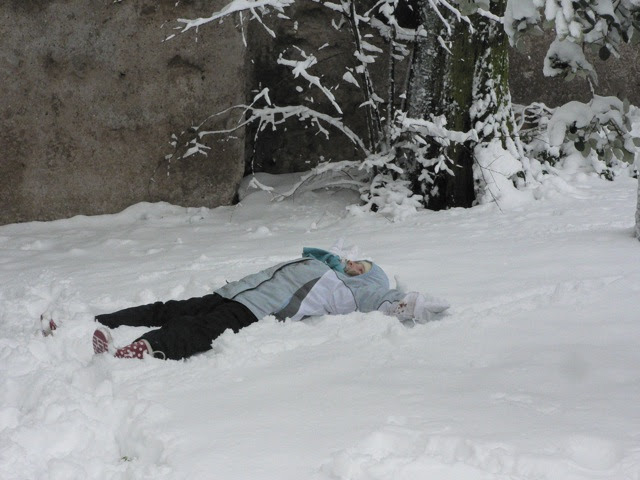 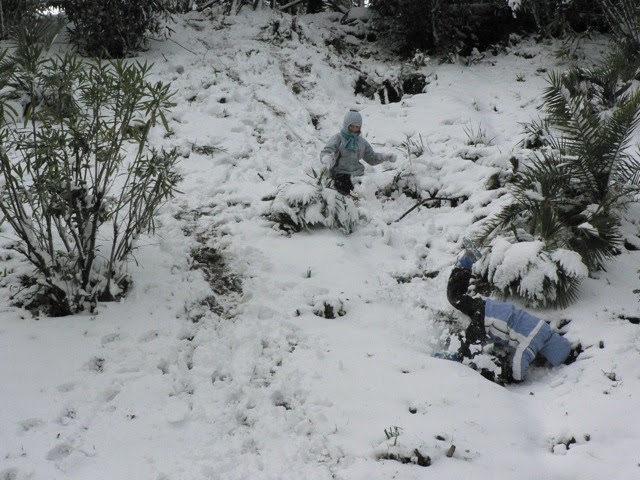 We gazed in wonder at the view before us.  It was close-to-impossible to leave it, familiar old Rome with its magical dusting of snow.  Most remarkable of all was the Pantheon rimmed in white. 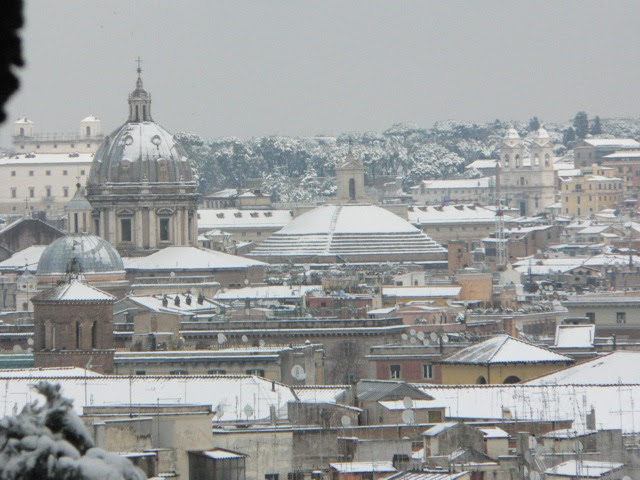 The Pantheon and Campo Marzio Close Up
And when at last we turned back towards home, we found more festive Romans pouring into the park. 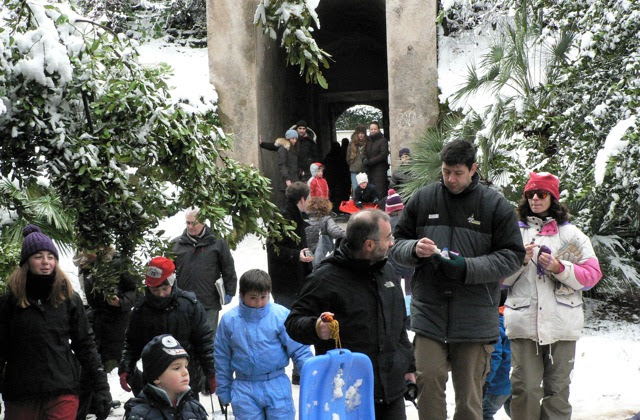 More festive Romans pile into the park as we depart 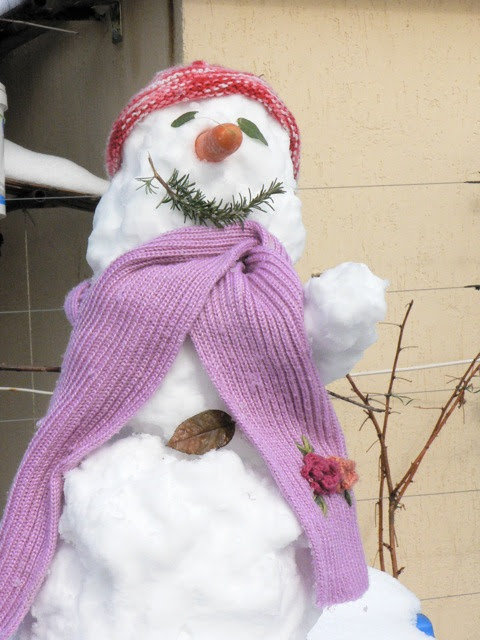 The snow-woman with the herbal features 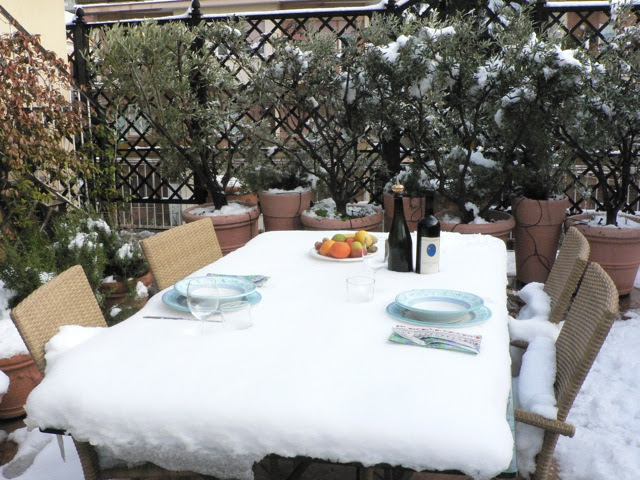 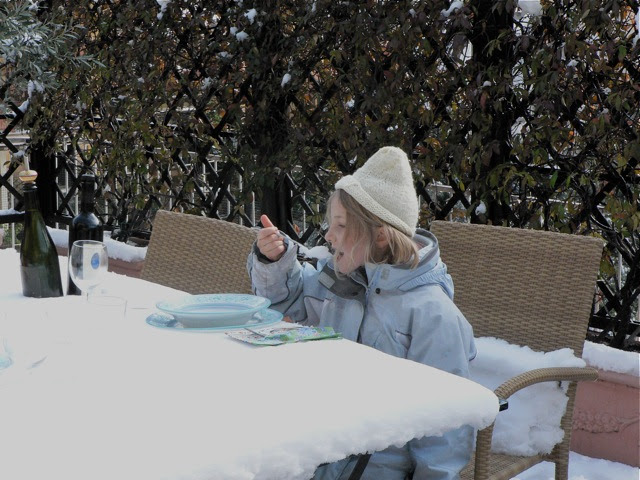 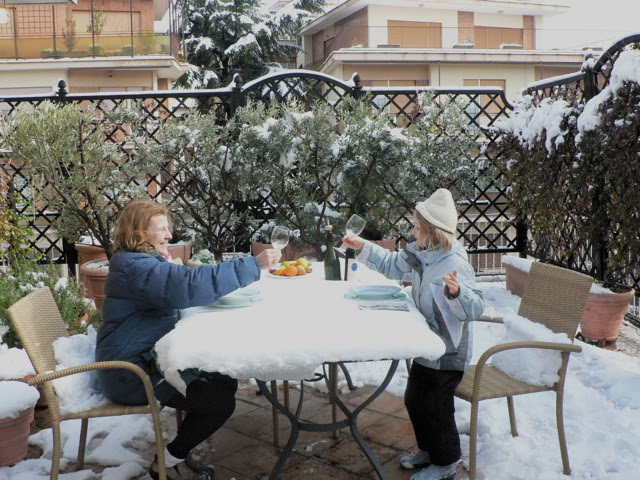 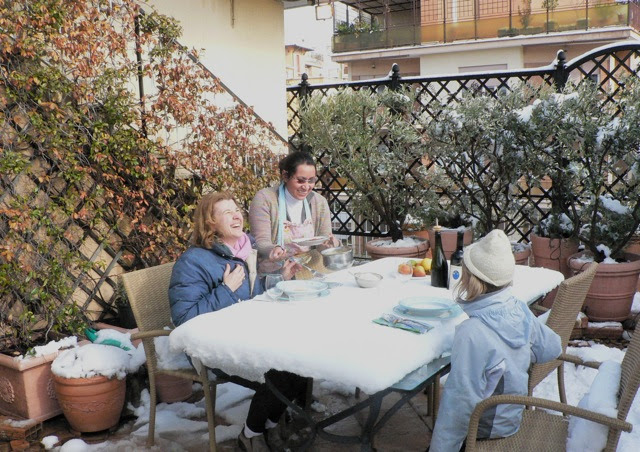 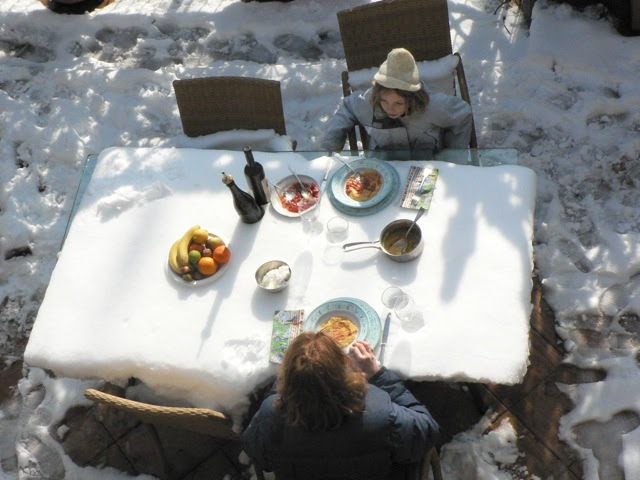 Posted by Bryan Morse at 5:29 AM No comments: